El Salvador is the smallest and the most densely populated country in Central America. The topography is mainly mountainous except for along the south of the country which is bordered by the Pacific Ocean.  It’s weather is primarily tropical with a rainy season from May to October and a typically dry season the rest of the year. The country’s current population is just under 7 million people. The country borders Honduras and Guatemala. The majority of the population is poor, with the minimum wage of only $100-$250 per month. Additionally, if added as a component of GDP, remittances from Salvadorans working in the US would constitute the largest component of El Salvador’s economy.  The country does not have its own currency and instead uses US dollars.

Click on a region to learn more about it!

Eye Care International’s past missions have been to the following locations in El Salvador: 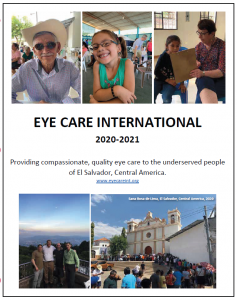